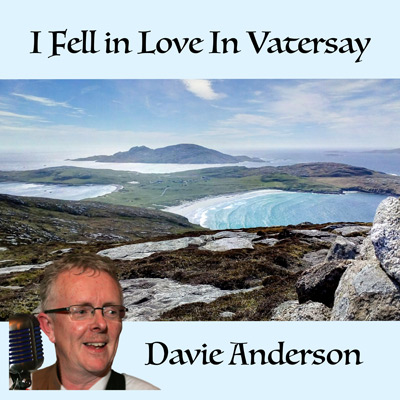 Davie Anderson – I Fell in Love in Vatersay

The new album called “Love So Strong” features no less than 7 original compositions and will be available soon.

Davie has recorded a fair amount of music over the years and has plans to compile the back catalogue. He mixes Folk, Americana, Rockabilly & Blues on acoustic, electric guitar, Bass and E-bow. Davie’s influences are as varied as Big Country, Buddy Holly and Robert Burns and has taken his music to USA, Germany, Ireland and Northern Spain.

Music was always in the family home and the old piano was a focal point in the house. Davie’s Mother, Barbara, played the piano, was a member of Garnock Vally Choir and later involved in music circles in South Ayrshire. Davie was inspired at an early age and the tunes of Caledonia lit a flame which burns to this day.

His real introduction was when recuperating after a serious road accident at the age of 13 when a friend of the family, the late Donald Johnstone, a wonderful spirited gentleman, handed in an old Spanish guitar with 2 strings on it…from there he never looked back and was encouraged by the family in all music possibilities. Very soon bands were formed when teaming up with local musicians and he was entertaining from an early age and various musical pursuits followed. 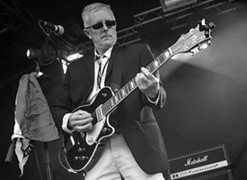