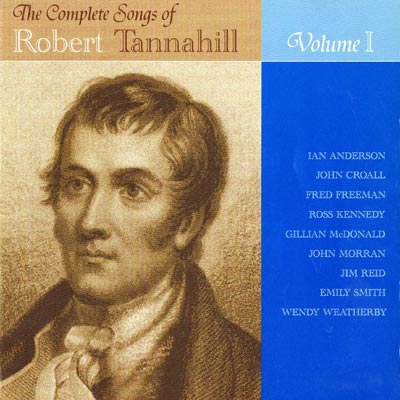 The Complete Songs of Robert Tannahill Volume I: The Braes o Balquhidder

“The arrangements are superb, seeming perfectly natural frames for the words. The singers are superb.” – Sing Out!

“Your Tannahill CD collection have answered the question about what to take on the desert isle.“ – Caven Clark, Arkansas, USA

Number one of a five album series in a ground-breaking project to record for the first time ever the entire works of this huge Scottish talent: a contemporary of Robert Burns, and Paisley’s most famous son. Produced by the legendary Dr. Fred Freeman, producer of The Complete Songs of Robert Burns. Featuring some of Scotland’s best singers and musicians.