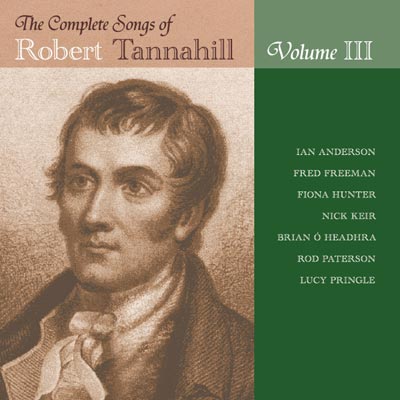 The third and, arguably, the best yet in the unprecedented five-volume project to record all of Tannahill’s songs, produced by Dr. Fred Freeman and featuring a host of folk luminaries, with singers including Rod Paterson, Ian Anderson, Nick Keir, Fiona Hunter, Brian Ó hEadhra and Lucy Pringle.